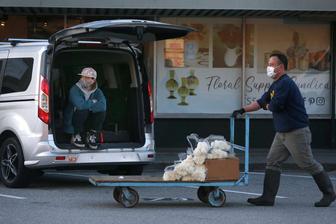 A longtime staple in SoMa—not to mention a favorite of Martha Stewart—the beloved SF Flower Mart will take root in a new Bayview location. This is a major sigh of relief for those who rely fresh flora from the market’s 60-plus vendors.

The flower purveyor needs to move in order to make way for the Kilroy Realty’s mega Central SoMa plan. After the construction of the new building, the flower mart will ostensibly be able to move back into its old address. (more...)

With the wholesale flower market about to be shuttered due to the coronavirus shutdown, said Boes, she and her colleagues had just 48 hours to destroy hundreds of thousands of flowers. She was scrambling to donate as many as possible — to senior centers, police stations, firehouses, friends and neighbors. Could Peskin come get some for City Hall?

He and staffer Sunny Angulo jumped into Peskin’s Toyota Prius and drove over to Sixth and Brannan streets, where they found a 12-foot-high pile of flowers being mulched in the alleyway.

“I put the seat down, backed the car up, and filled it with as many flowers as could fit,” said Peskin. “We went back to City Hall and walked up and down the hallways giving roses to everyone. It was incredibly moving and sad.”

SAN FRANCISCO (KPIX) – San Francisco’s Flower Market is reopening just in time for Mother’s Day, after closing down for the coronavirus shelter-in-place order.

Under the mandatory shelter-in-place order, flower farmers have continued their growing activities, but wholesalers were forced to shut down.

Among those wholesalers was the San Francisco Flower Market, one of California’s largest wholesale floral distributors. Upwards of $750,000 in flowers were forced to be dumped and the workforce was furloughed.

“We watch Amazon trucks deliver non-essential items all over the Bay Area,” said Pat Dahlson’s of Mayesh Wholesale which operates out of the market. “Restaurants remain open for takeout and delivery; people want to support small business and keep the restaurant industry alive. We are confident that the SF Flower Market can safely reopen for the distribution of wholesale flowers in the Bay Area and help keep the floral industry alive.” 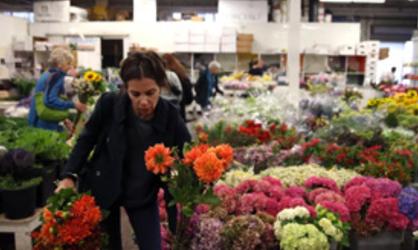 San Francisco’s historic wholesale flower market partially reopened Wednesday after a monthlong shutdown due to the coronavirus pandemic. Hard-hit florists will be able to sell peonies and roses for Mother’s Day on May 10, the industry’s busiest day of the year.

The San Francisco City Attorney’s Office ruled that the Flower Mart, located at Fifth and Brannan streets, may reopen this week as long as vendors adhere to strict social-distancing policies. Flower market badge holders — mostly designers and flower shop owners — are now able to order ahead of time and pick up their stems at the curbside, similar to what many restaurants are doing with to-go orders. Those who sell directly to the public will not be opening.    Read More 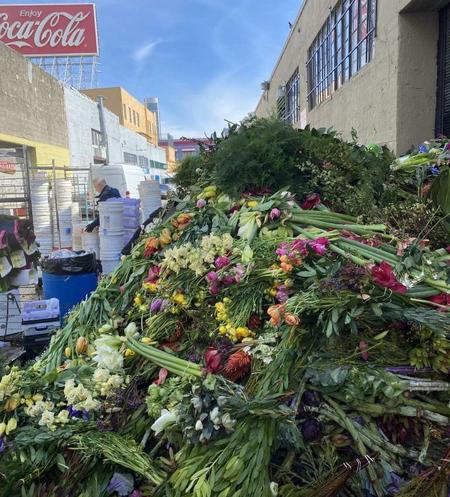 San Francisco Chronicle -- "Martha Stewart Living turns its sparkling eyes on us, Northern California, in the 2011 May issue description of a three-day pilgrimage to see flowers and flower growers. The spotlight is on: Green Valley Growers and California Carnivores in Sebastopol; Garden Valley Ranch and McEvoy Ranch in Petaluma; the San Francisco Flower Mart; Flora Grubb Gardens in San Francisco; andRepetto's Florist in Half Moon Bay." 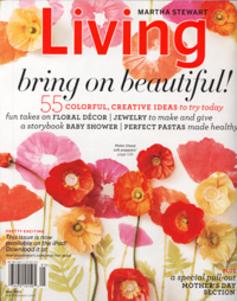 About The Bay: San Francisco Institution Still Blooming After 100 Years

It was 1912 when the flower growers came together to form what became San Francisco’s Flower Mart.

“We’re the granddaddy of them all,” declared Bob Otsuka, General Manager and Executive Vice President of the San Francisco Flower Mart. “We’re the oldest.”

For a century now, growers have been congregating at 640 Brannan Street to sell their roses, hydrangeas, birds of paradise and thousands of other varieties to the retail and wholesale market. 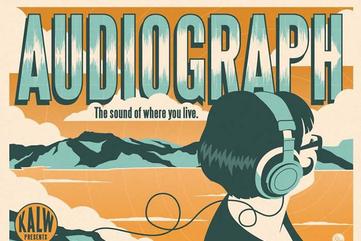 It is a little after 3:30 in the morning at the San Francisco Flower Mart, and 55-year old Victor Neve is unloading his goods for the day: branches of bittersweet, a long vine spotted with orange berries. Neve grows his flowers at his Lassen Ranch, about 300 miles north of San Francisco in Shasta County. At a time when I would normally still be in bed, he’s already been up for several hours, since 12:30 this morning.

Neve is one of more than 60 vendors who sell at the Flower Mart, one of the largest flower wholesalers in the country.  Read more here...